My planning was to make Paneer/cottage cheese bhurji, but instead of making it, I ended up in making paneer rolls and paneer paratha. It was more convenient to give it to kids. They can just hold rolls and munch on it. Moreover, I added potatoes to the same paneer roll mixture with a little more Garam masala which resulted in the super tasty paratha with the flavor of ginger-garlic and other spices. And it was more palatable when enjoyed with pickle and extra butter.

Take oil in a pan and once it gets heat, add cumin seeds, asafoetida and let it splutter.

Add onions and sauté it. Later mix garlic-ginger paste to it and let it cook for around 2 minutes till onions get slightly transparent.

Next, add capsicum or green bell pepper, sprinkle some salt, stir it and cook till it gets a little soft.

Put dried mango powder, chili powder, coriander powder, turmeric powder, and garam masala to it. Sauté and cook till oil separates out on the side of the mixture.

Cool down the mixture and transfer it to the bowl.

Once the mixture is cool, add paneer or cottage cheese, sprinkle salt to taste and mix it well.

Water as per the requirement.

Knead a soft dough by gradually adding water to it using your hands. It should be non-sticky and soft as prepared for roti. Cover and rest it for 15-20 minutes.

20 minutes later, take a small portion of dough and roll it into flat round roti using the board and rolling pin. Transfer it to the pan and roast it from both sides.

Prepare all rotis in the same manner and put them aside.

Once your paneer stuff is ready, take one roasted chapati and cover one side of roti with the stuff. Add diced panner on it and start rolling from the same side.

Put some oil in a pan and transfer the roll onto it with sealed part facing down.

Roast it from both the sides and enjoy hot rolls with Ketchup.

Take paneer stuffing made for the paneer roll, add potatoes, salt, and garam masala to it and mash it properly to make a uniform mixture.

Make the equal size of balls.

Place small portion of dough on the board and roll it into flat roti with a rolling pin. Position one ball of the above mixture on the center of it.

Cover the stuff with the sides of the roti to make potli of it. Flatten it, dust with the flour and again roll it in the flat roti. If you find difficulty in rolling, then put the mixture into the refrigerator for half an hour.

Transfer it to the heated pan and roast it from both the sides using oil or butter. 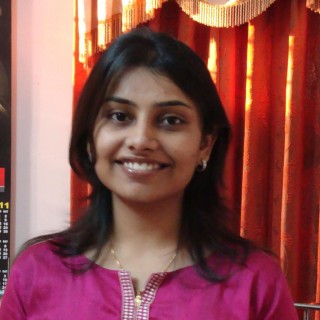 Hello everyone, This is Meghna Doshi, a freelance web writer. Academically, I did Post graduation in Biotechnology, MBA in Finance and SEO specialization, but what sticks me to one job is writing. It really gives me satisfaction. Along with this, I am a mom and my son's nutritionist. I like to cook healthy food for my family and tastymunchy.com is the combination of my writing and cooking experience.